Annatto
Bixa orellana
Fam Bixaceae
Annatto is used both as a spice and a dyestuff. It may be better known to Mexican and Latin markets as achiote or in the Philippines as atsuwete or achuete .In the West it used to colour confectionery, butter, smoked fish and cheeses like Cheshire, Leicester, Edam and Muenster. As an effective natural colouring it is also used in cosmetics and textile manufacturing. It provides a bright and exotic appearance for many kinds of dishes. Yeats wrote “Good arnotto is the colour of fire” (Natural History, 1870). The Mayan Indians of Central America used the bright dye as war paint.

Spice Description
Annatto seeds are brick red, triangular in shape, 3 – 5 mm (1/8” – 3/16”). The seeds are available whole and can often be purchased in a block or paste form at Latin American markets.
Bouquet: slightly peppery with a hint of nutmeg
Flavour: slightly sweet and peppery.
Hotness Scale: 1 -2

Preparation and Storage
Annatto seeds are washed and dried separately from the pulp of the seed pod for culinary use. They may be added directly to a cooking liquid or infused in hot water until the desired colour is obtained and then used for stocks or colouring rice. It is also common to fry the seeds in oil for a few minutes (best done in a covered pan as the hot seeds jump), then discard the seeds and use the oil. Try using one teaspoon of seeds to 4 tablespoons of oil. Annatto seeds should be kept out of light in an airtight container.

Culinary Uses
As mentioned above, annatto is used for colouring cheeses, confectionery, butter and cheeses. It is more widely used in the Caribbean and Latin America, especially Guatemala and Mexico. The seeds are also particularly associated with Filipino cuisine, in dishes like; ukoy, shrimp and sweet potato fritters; pipian, chicken and pork in an annatto oil sauce; and kari-kari, a brightly coloured vegetable and oxtail stew.

Attributed Medicinal Properties
Annatto was once used to control fevers, dysentry and kidney diseases, though is now used mostly as a dye in medical preparations such as ointments and plasters. In India the pulp is used as an insect repellent.

Annatto Description and Cultivation
A shrub indigenous to the Caribbean and Central America, with shiny heart-shaped leaves, sometimes with reddish veins. An attractive pink flower made it popular as a hedge plant in colonial gardens. The fruit capsule is heart-shaped, like a beech pod, with opposing clefts and red prickly spines. When ripe, the pod splits in half to reveal about fifty seeds encased in a red pulp. The pulp is used in many commercial dye products.
The Bixa orellana is commercially grown for the dye product and for its seeds as a spice. It requires a tropical setting in a loamy soil at altitudes below 1,000 m (3,000 ft). It is sown from seed or from cuttings. The ripe fruits are collected then macerated in water. The dye settles and is collected and dried into cakes and the seeds are separated and washed. 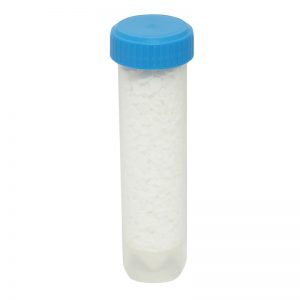